MARKER [KC] 11.3, THE ELITE’S SYSTEM IS IN THE PROCESS OF BEING EXPOSED

What’s going on at the WH? They’ve built a bizarre structure and seem to be having some sort of activity there today. Thoughts?

You can contact Mustang Medic on Telegram if you have answers.

iPhone users – Apple threatening to remove (we went through this drill with Parler). You can follow the instructions below.
However – this action also keeps you from deleting apps on your phone as well. So remember to turn it back on.
I honestly know that Apple can indeed do this – research and decide for yourself what action you’ll take.

This is well written and it hits some key points that people can get quickly sideways on:

Q is a PsyOps. That doesn’t always mean it’s a negative thing. In fact in the case of Q it’s a very positive thing. Q even asks us to look up the definition: Psychological operations are operations to convey selected information and indicators to audiences to influence their emotions, motives, and objective reasoning, and ultimately the behavior of governments, organizations, groups, and individuals.

Also my take is that DJT will be President again

He’s been my favorite President in History

However this operation is bigger than DJT. It started before him, it will have to be held together after him.

Like Q and DJT says, we are giving the country and power back to the People as it was designed in our Constitution.

Keep the above points in mind when you read it.

Covid Thought for the Day

94% of covid deaths have comorbidities.

Well this should be good! 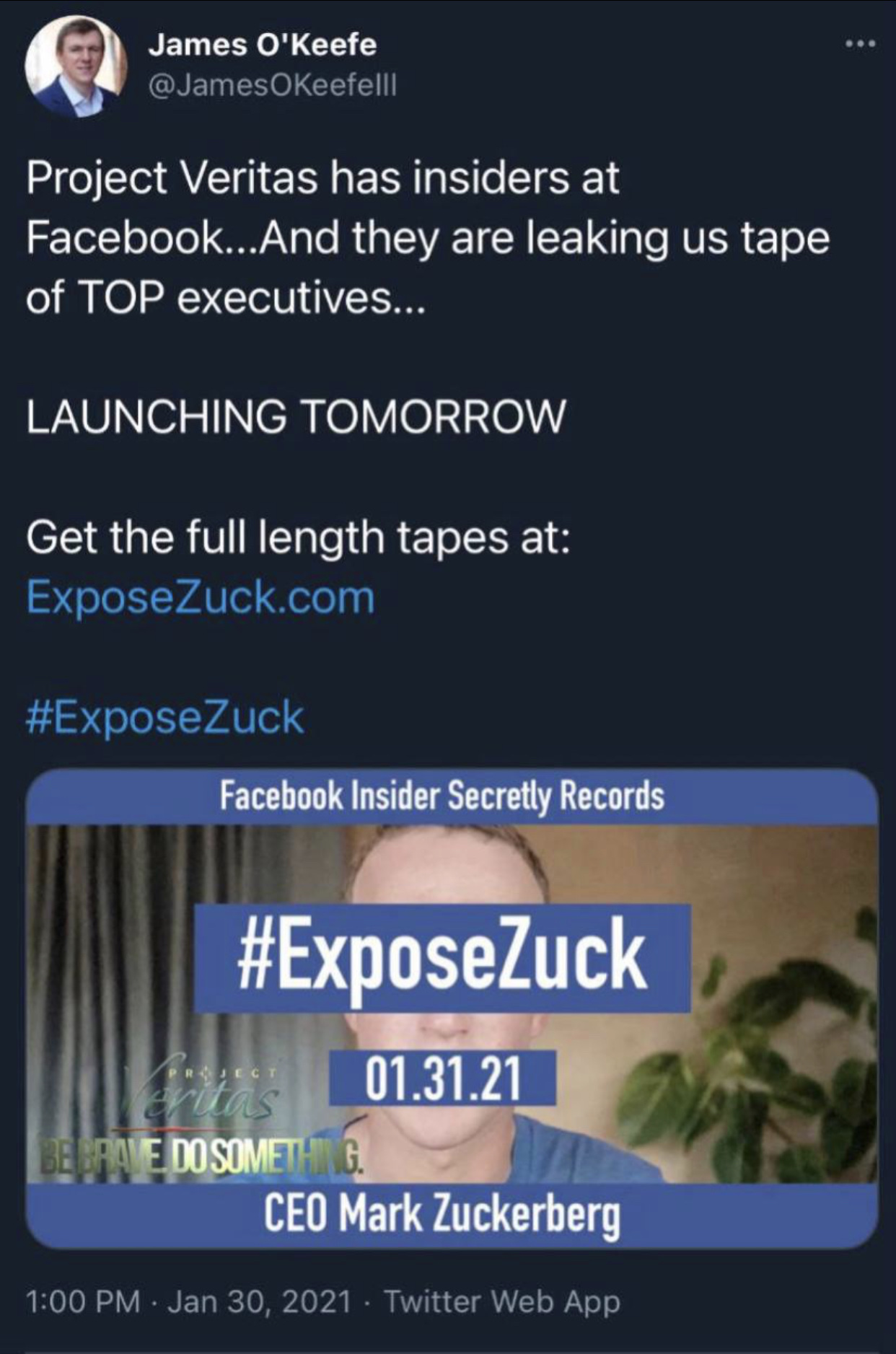 107 Daily switched to a new and improved platform. Still getting used to it but like the format much better! Come on over!

These are clips from the above video – this is the White House – surrounded with fencing for blocks, small temp building in one shot and some sort of structure being put up in front as well. Anyone have any intel on this? 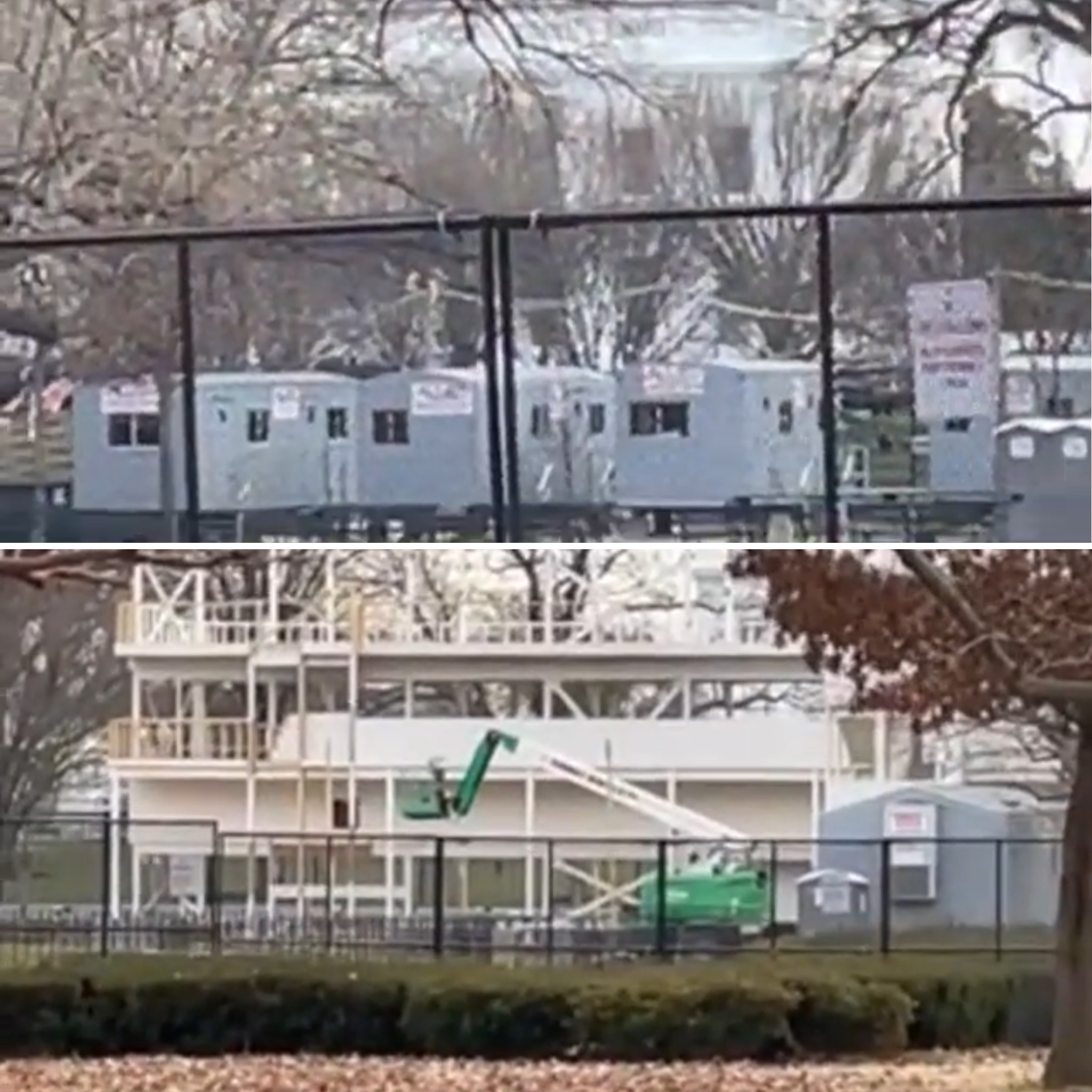 Election Fraud – yes, it occurred at a high rate! The link below outlines some of the fraud – I fully expect there will be more detail coming from the military in the coming weeks. For now, if anyone is questioning the fact that Trump is the true winner of the presidential election, start here: Trump Won

Nobody is giving up!

That’s us she’s talking about. The cabal no doubt has military support and weaponry – not sure which military, perhaps a smaller faction of ours. The threats against us are real. The military is doing everything in their power to ensure that doesn’t happen. So when you feel like there’s a delay, or that there’s nothing happening, remember this is war and the goal is to not have our people attacked. 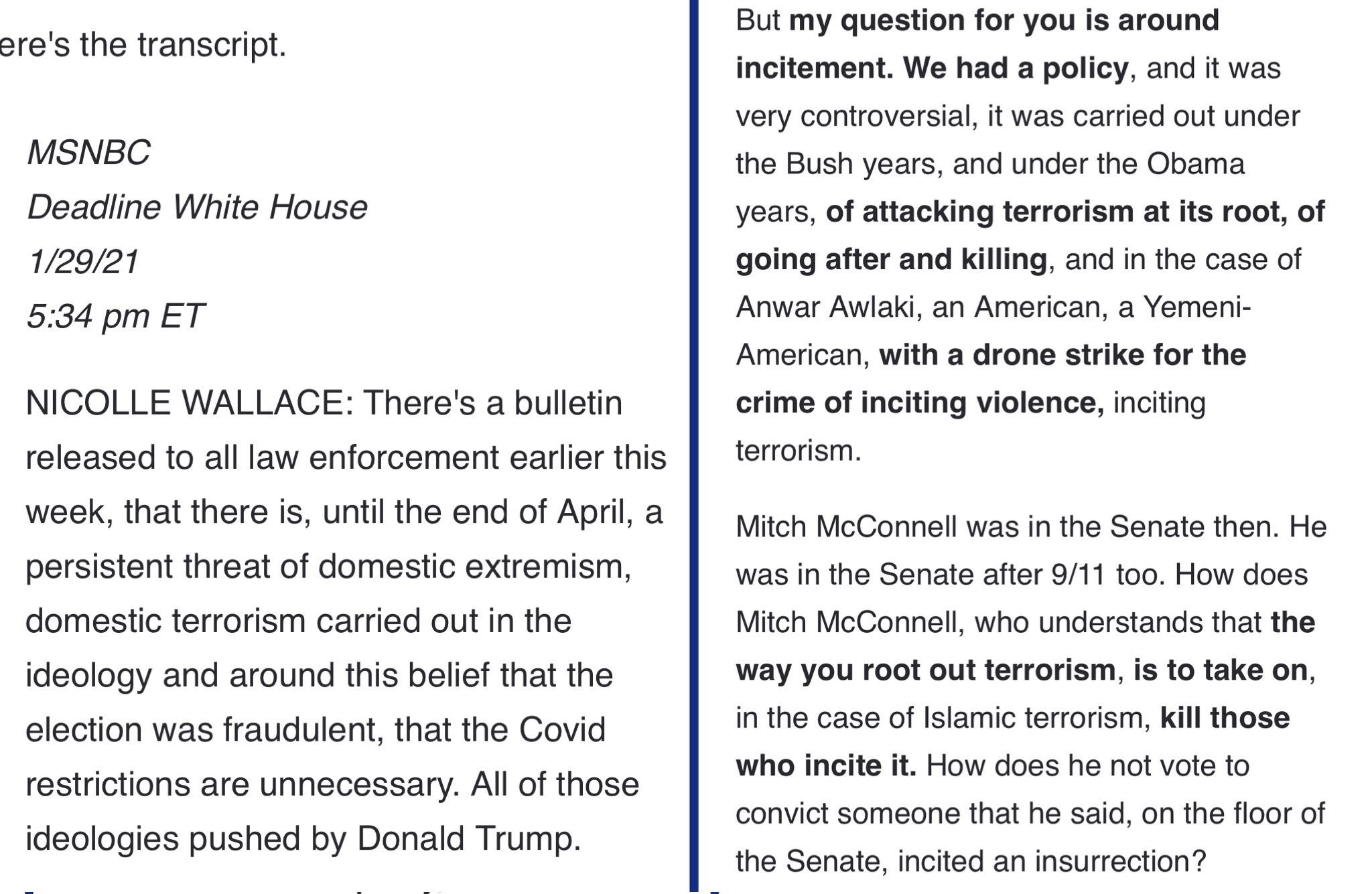 A year ago I would chock this up to some conspiracy theorists who have gone off the deep end. Right now, I’m facinated. Some of tunnels – in the US align with some of the bizarre military aircraft flying directly over these locations during the last couple of weeks.

This is what PANIC looks like. BTW – yes, he’s running a shadow government from Mar-Lago. 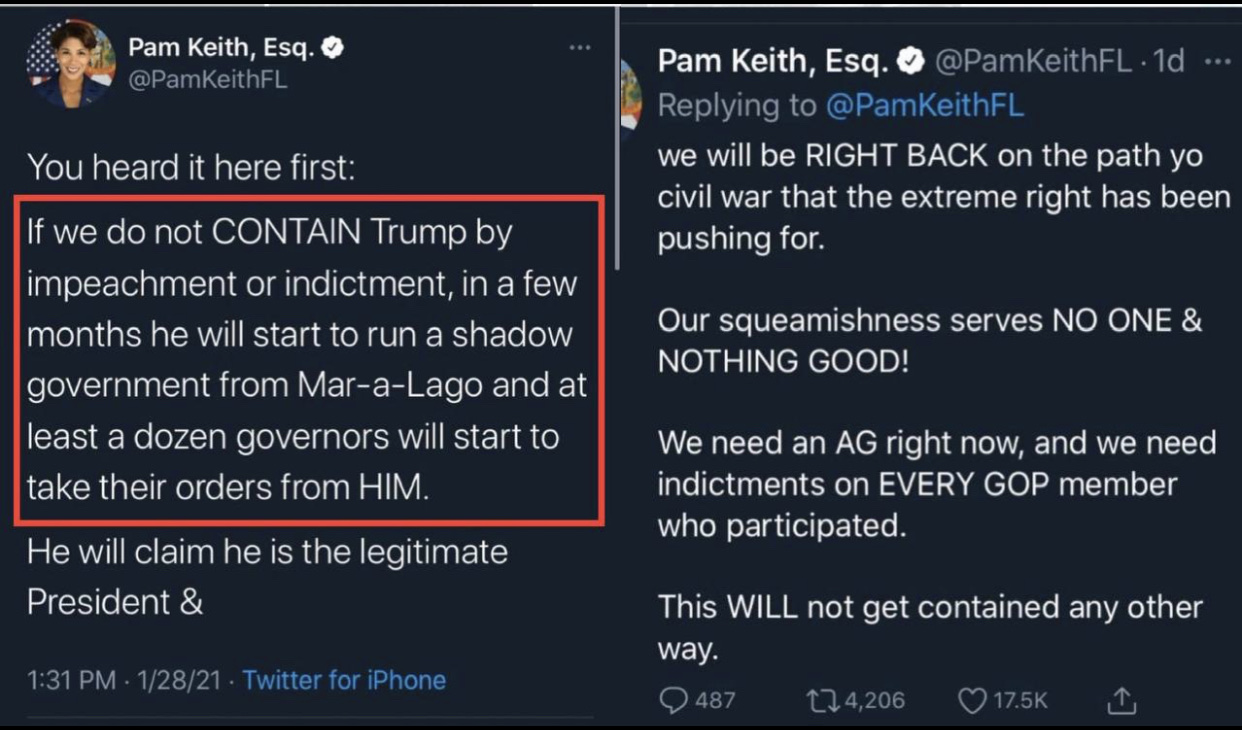 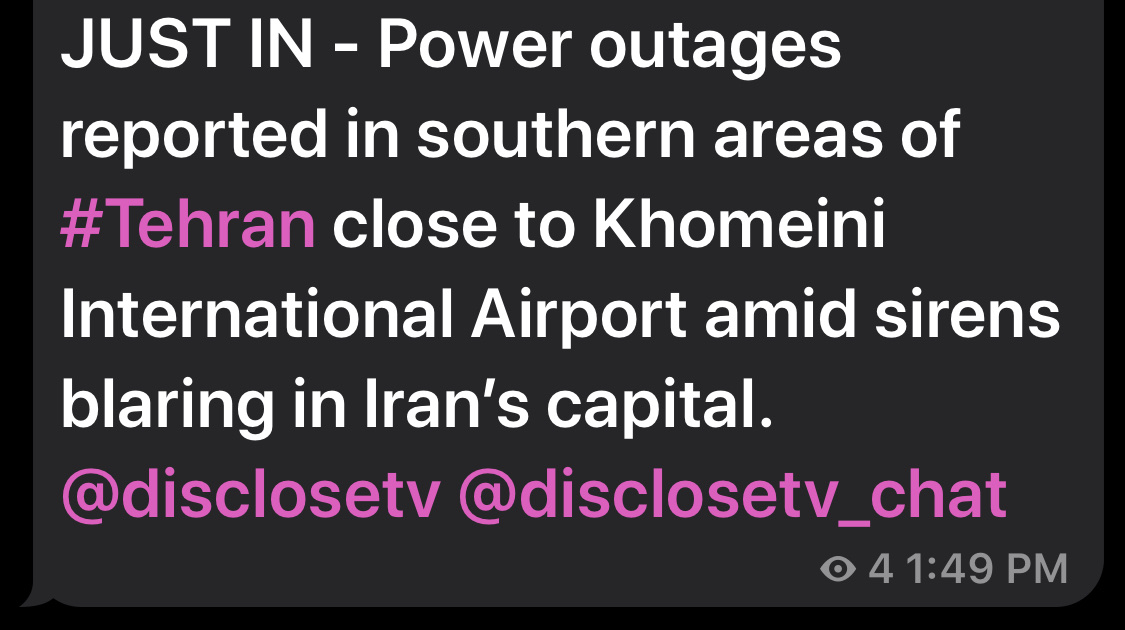 Approx 4:10ish EST at the Supreme Court in DC.

This one is from a couple of days ago but still very appropriate to what’s goin on.

What is Freedom – A Message to Us All

This is video from 1/26 – bizarre movement of busses and vans at the capital.

In the movie Midway, the codebreakers talk about a wedding. They say you don’t have the invitation so you don’t know the date and time, but you know when you see caterers and florists and tents being set up, it’s probably getting close. That’s how their code breaking worked – and that’s how the Q drops are working right now.

There’s a lot of chatter and a lot of connecting patterns. Hold the line.

Your frustrations are known.

They are being addressed strategically. 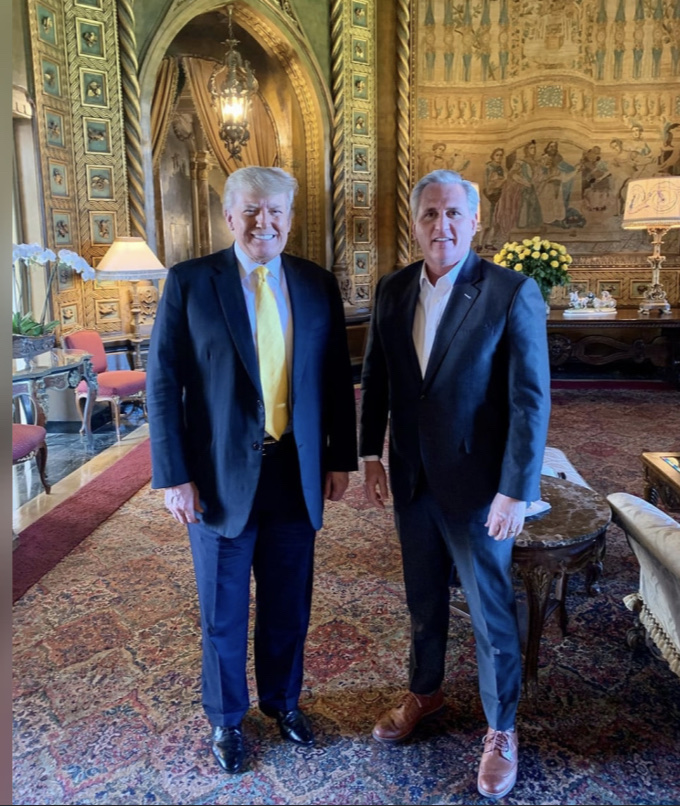 “The meeting between President Donald J. Trump and House Republican Leader Kevin McCarthy at Mar-a-Lago in Palm Beach, Florida, was a very good and cordial one. They discussed many topics, number one of which was taking back the House in 2022. President Trump’s popularity has never been stronger than it is today, and his endorsement means more than perhaps any endorsement at any time.

President Trump has agreed to work with Leader McCarthy on helping the Republican Party to become a majority in the House. They worked very well together in the last election and picked up at least 15 seats when most predicted it would be the opposite. They will do so again, and the work has already started.”

Random guy: “Mr. President, thank you for your service.”

Trump: “We haven’t finished, yet.”

Apparently there are “Potentially Volatile Events” coming up – so we need more fencing around DC.

As you can see by the video below, the masses have overtaken the  city. 😂

I can’t help but wonder if the whole Game Stop thing is more of a “look over this way while I do something else back here” kind of thing.

Revamped this site and updated some of the pages this morning.

Some important links in case you missed them:

Mustang Medic has been live in DC since Jan 6 – he stayed to bring us truth about what’s happening there. Here’s a few of his important videos

THINK FOOTBALL, THE SUPER BOWL WILL LOOK LIKE A PUPPY SHOW, NO ESCAPE FOR PLAYERS

It is important to understand the US Corporation – it is being dismantled as we speak.

The Marshall Report – The US Corporation

The EO referred to is:

Executive Order on Imposing Certain Sanctions in the Event of Foreign Interference in a United States Election – Sept 12, 2018

“Do you trust the US Military?

The institution which the vast majority of Americans, and the free world for that matter, trust is the US Military.

President Trump stepped aside for a short time to let the military run the show.

The go decision, when it comes, will be made by our trusted Generals and not by President Trump or his cabinet.

Remember that good patriots in the highest levels of the US Military began making a plan to defeat the globalists 60 years ago after President Kennedy’s assassination.

President Trump became a vital part of the plan and he performed the first part of his mission in an excellent manner.

This part of the mission belongs to the Military. They are up for the task. They control the exact timing. If you doubt this, just watch the faces of Hussein, George and Bill during the Illegitimate inauguration of Biden. They know they don’t have the power. The Military has the power.

As difficult as it is, we must remain patient and upbeat. We’ve put our trust in the Military to preserve our security and freedom our entire life.

Let’s give them the confidence they deserve and let them do what they are good at…taking out evil regimes and preserving freedom and all that is good in this world.

Pray for them. 🇺🇸”

~ We The Media – Telegram

Pretty sure they mean me. 😉

Be sure to catch the last half of Scott’s update below. It’s all good but he discusses DC being a foreign entity and how that works in our favor.

We all want to see action – now. Today’s X22 Report gives us logical perspective on what’s going on and encouragement to hold the line.

You can lookup Q drops below – use the search button for specific post numbers or phrases:

Two New Websites to Bookmark – I’ve added them to the links as well. 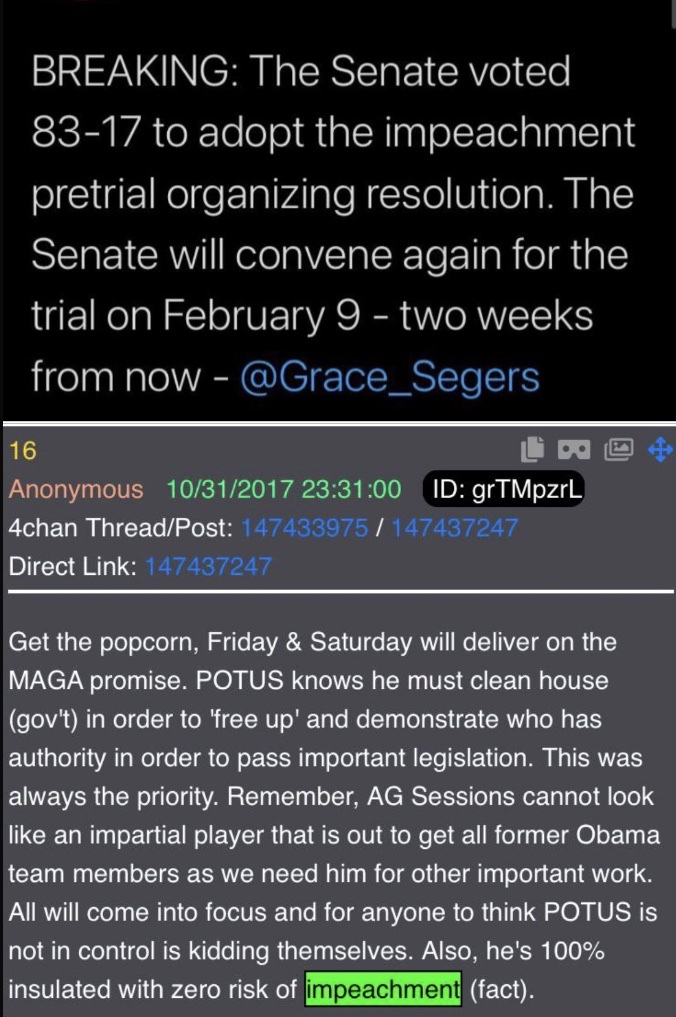 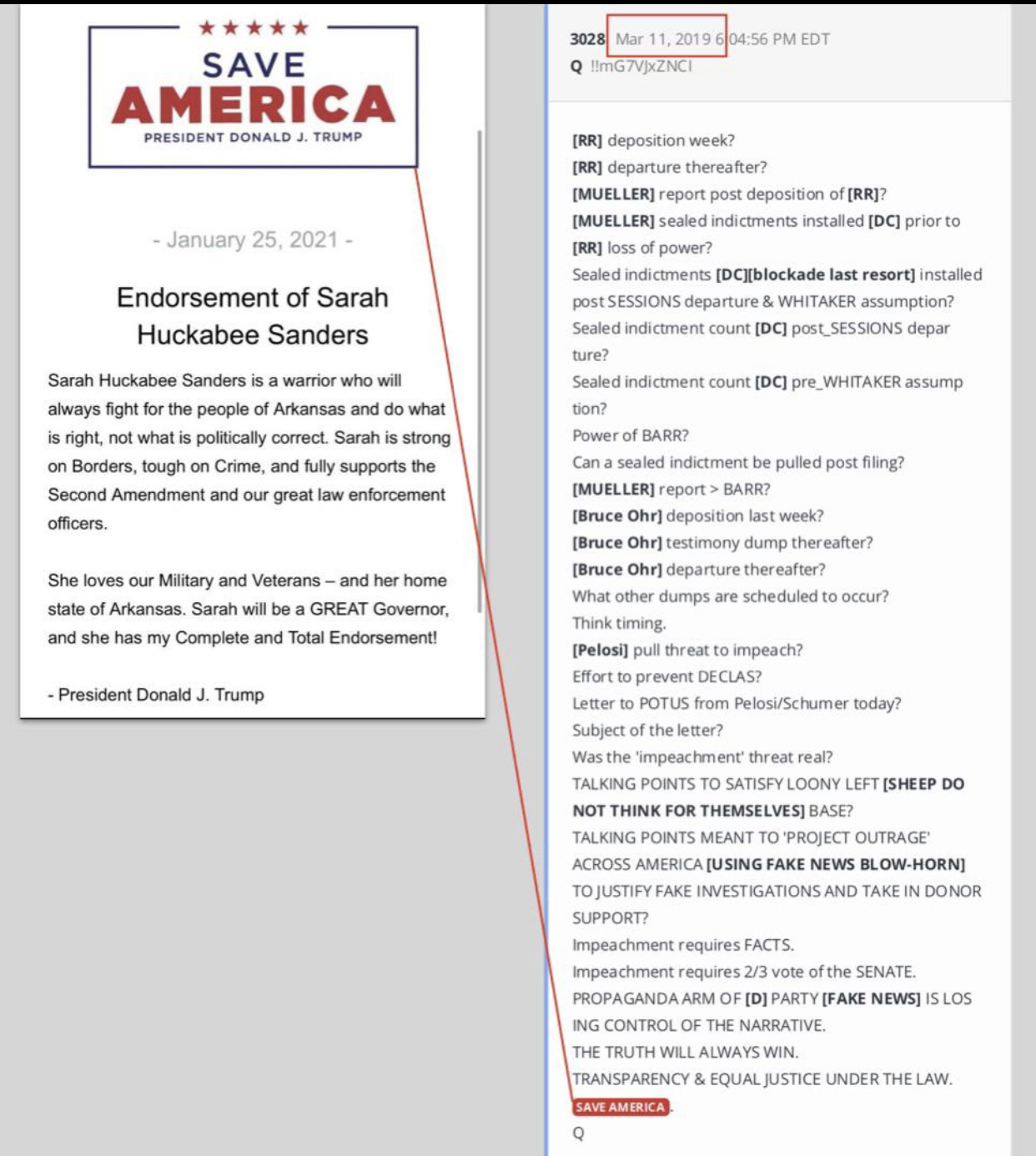 11.1 in the DoD Law of War is the Occupation chapter.

This Chapter addresses military occupation. The GC provides specific rules for the internment of protected persons in occupation, which are addressed in Chapter X.

Military occupation is a temporary measure for administering territory under the control of invading forces, and involves a complicated, trilateral set of legal relations between the

Occupying Power, the temporarily ousted sovereign authority, and the inhabitants of occupied territory. 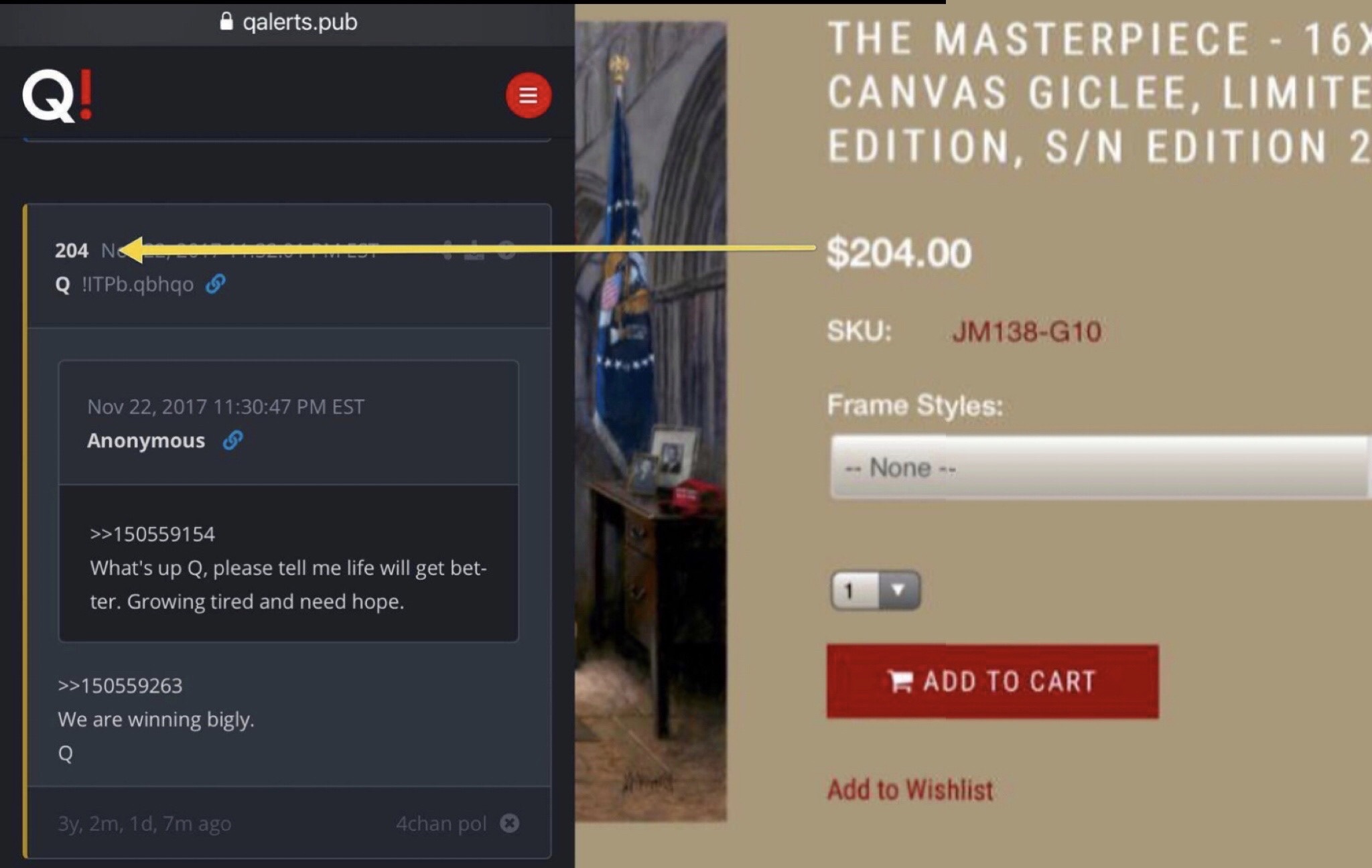 One reply on “January”